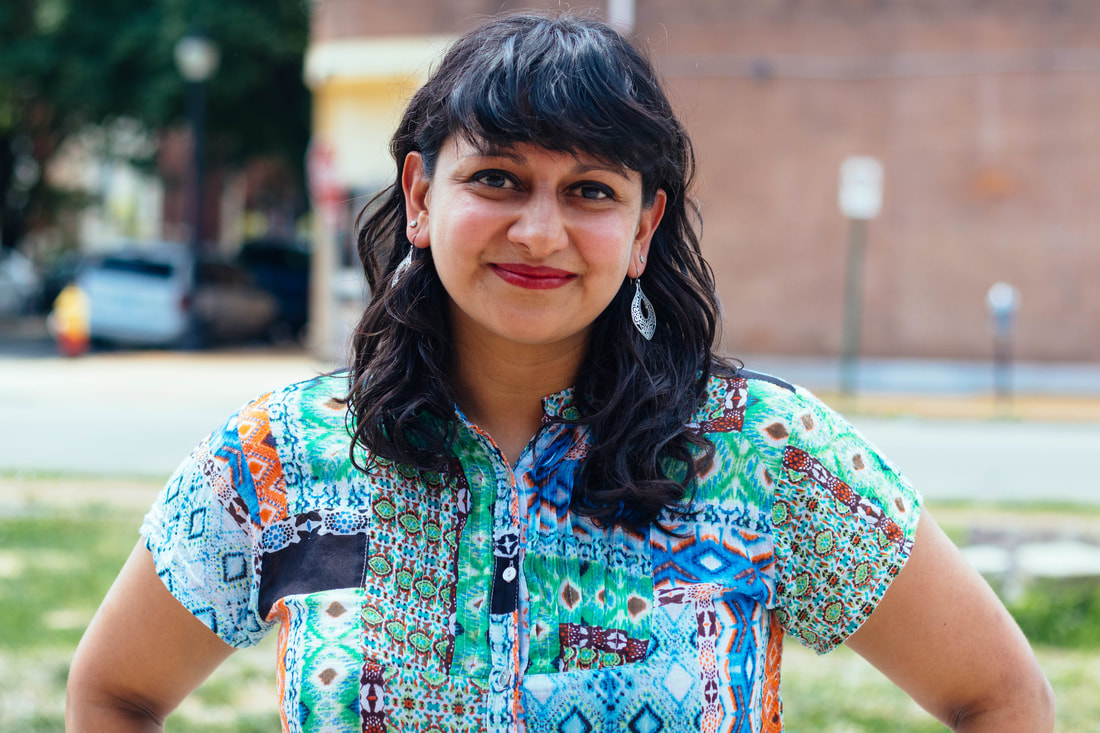 On the entrepreneurial landscape.

There is a wealth of research that acknowledges how diversity—when valued and leveraged—can drive innovation. This has not only been proven in traditional organizational settings but also in startups. Diverse minds represent diverse ideas, whether they come from entrepreneurs themselves or diverse teams.  They generate ideas that others may not recognize as opportunities, and solve some of our community’s greatest challenges.

Yet, we regularly hear stats that clearly suggest that black, brown, female, and other entrepreneurs are consistently being overlooked, underestimated, and undervalued.  Not only are entrepreneurs left out of the startup ecosystem, but investors are also leaving money on the table.

WEPOWER is focusing on community-based entrepreneurs, who are often isolated from the mainstream economy and traditional startup ecosystem.  I’ve had numerous conversations both locally and nationally to locate the gaps in how we—all of us—support community-based entrepreneurs and to ask: Which of these gaps would be most effective to address at the local level?  What about at the national level?

In St. Louis, for example, there seems to be a huge cliff between the entrepreneurial stages of early ideation and acceleration.  It’s often at this point where some people count themselves out and others can’t find the support they need—financial or otherwise—to move through early proof points.  I’ve also heard in several conversations and from many different directions that there is interest in making the startup community more equitable and inclusive. But this intention cannot manifest by simply tinkering with what is already available on a small scale.  We urgently need to make space for people, ideas, and ventures!

So now I’m part of a team talking stock of the pipeline and determining where WEPOWER can be most supportive. We’re talking with like-minded folks throughout community to connect our work. But we’re also having national conversations with leaders in more inclusive ecosystems, and thought leaders around the country developing new programs and investment models.  We’re building as we go. Rather than asking community-based entrepreneurs to assimilate to the world of traditional incubators and accelerators, we’re working on redesigning what programs look like, the ways that ideas are evaluated, how investment decisions and investments are made… all of it!  We’re building with the dual goal of supporting entrepreneurs in community and connecting them to the traditional ecosystem. Otherwise they remain isolated.

On valuing our ideas.

A while back, I was sitting on an panel for an event, and the moderator posed a question to the group: how did you know you were ready to leave your full-time day job and take the leap of being a full-fledged entrepreneur?

One by one, each of the other panelists explained how they couldn’t not do it, or that they felt confident in themselves and their ideas when they took the leap.  At first, I became uncomfortable because I knew that wasn’t my truth. But then I because nervous because I knew that I had a responsibility to share that.

My experience had not been as straightforward.

When I left my role as ED of Education Innovation at UMSL, I intended to launch my own startup.  I had an idea that was needed and aligned with growing demographic trends, a scalable vision, long-term exit opportunities, an MBA and some related experience, and connections with entrepreneur support organizations based on my work at UMSL.  A lot of people I’d spoken with, including people in the target demographic and highly successful entrepreneurs, could see the potential.

Still, I wasn’t sure if I had what it takes to be an entrepreneur.  I didn’t recognize these things. I focused on all of the experience I didn’t have, I heard the voices of all of the people who didn’t get the idea, who thought it was “niche,” and who just didn’t get the pain points I sought to solve were not already addressed, much less real. So instead of betting on myself, I bet on an another venture that seemed more viable.

What happened in the process is that I learned that I do have what it takes, and I made measurable contributions as a partner at that venture that no one else on our team could have made.  I’ve spent a lot of my career on strategy and bringing other people’s visions to fruition, and I’ve since come to realize that my self-doubt and lack of confidence were pretty common for many female entrepreneurs and entrepreneurs of color.  You spend so much time getting questioned that it’s easy to internalize.

I’m in a different place now.  I am daring more boldly.  I accept that I’m someone who thinks differently and does things differently.  Using that, I can create things for and with people. It’s embracing that you’re the “divergent thinker” that everyone claims they’re looking for, rather than feeling bad about never fitting in anywhere.

Today, I want us to give a more nuanced perspective on panels or elsewhere. The dominant narrative place success out of reach for so many people whose stories don’t fit the mold.  I want to have real conversations.

Others may already be daring boldly and dreaming big but lack power and access to support.

There's this false idea that the best ideas will rise to the top.  But we know that's false because implicit and explicit bias often narrow the field before certain ideas have the chance to leave the gate.

If community-based entrepreneurs are currently isolated from the mainstream economy and traditional entrepreneurial ecosystem, we need a way to both prepare them for the entrepreneurial journey effectively AND to build bridges to connect them to the systems that exist.  At the same time, we need to make space at the tables for when they arrive.

On the venture capital and investment side, some VC firms intimated that they have heard their own well-meaning investors categorize minority-founded business as small businesses, lifestyle businesses, or even “charity” when the ideas and ventures in fact have high growth potential.  But I think that’s because these rooms are often full of people who are not familiar with the needs that our businesses are responding to.  Our ideas are often not recognized as an opportunity.

At the same time, some community-based entrepreneurs see themselves as small business owners and don’t understand the scalability of their idea or venture.  Others do envision scaling yet don’t know how to navigate the ecosystem. Still others see their endeavors as a “side hustle,” and don’t quite know when to take the leap—either because they lack confidence, financial security, connections, or other resources.

So isolation can come from both sides, and these are just a few examples of how.

But we hold so much that is often overlooked!  Minority businesses could boost the economy by as much as $300 billion, according to the Center for Global Policy Solutions.  So this work isn’t just for the benefit of entrepreneurs. Or their communities. Or the investors. It’s for the benefit of everyone.

We must ask: How we are preparing community-based entrepreneurs?  Is it in a way that's effective for them?  We must look at how we judge ideas—how we evaluate them.  Who's giving feedback? Who’s determining what’s financed?  Is it who the products and services are for?

We must reimagine and rethink how we can all better engage, support, accelerate, and fund the ideas of community-based entrepreneurs.  Together, we can change the story of how black and brown innovators are overlooked and underestimated, and how the intrinsic value they bring remains untapped.  We can build up the communities that we live and work in. When we take action towards this, we flourish!

I loved being part of a fast-paced startup. I like building and designing things from scratch—seeing the big-picture and figuring out how we knit it together. But I also realize that I am really mission-driven.

We’re driven by the belief that everyone should matter, and the fact that the world does not treat us in this way. That motivates us to act relentlessly and with urgency.